Nothing Will Stop Her From Doing The Right Thing.

Aliana Novak spent most of her school years being bullied. Her only refuge was Hunter Diaz, until the day he graduated and left her to deal with the tormentors herself. But that was then, this is now. Those horrific experiences molded her into what she is today and made her the perfect candidate for Vice Principal of one of the toughest schools in East LA. Sometimes the harder you fall, the stronger you rise. Aliana always rose to the challenge until one the most notorious gangs in East LA got her in their sights.

Hunter Diaz, scraped and fought his way out of the gangs of East LA, to serve honorably as a SEAL in the United States Navy. He has become one of the most dangerous men on the planet. When his adopted grandmother tells him an old friend is in trouble back home, he returns to the place he vowed to leave firmly in the past.

Hunter expects to find the same awkward and fragile girl he once knew. Instead, he finds a beautiful strong woman who is closed off from everything but the children under her care. Even when her life is on the line she is determined to handle things on her own. What had happened to Aliana? Can Hunter break down her walls and prove to her he is still her knight in shining armor before she ends up dead?

Holy smokes Caitlyn has done it again with her hot SEALS. I couldn’t put it down. you will be on the edge of your seat and cry, laugh and just want this couple to find their way back to each other.

Caitlin O’Leary is amazing. She is wonderful that describing her characters, and takes a sensitive subject and brings many points of view into the story. I giggled, and I cried over this couple. You will definitely want to read this one!

Her Passionate Hero by Caitlyn O’Leary breaks all the rules of a good romance. This is not a fluff book it tackles a number if hard subjects that many may find hard to read. Caitlyn O’Leary writes about school bullying, gang intimidation, threats to family and physical violence and counters them with one of the best HEA passionate love stories ever.
This book so far exceeds five stars…it is a must read. 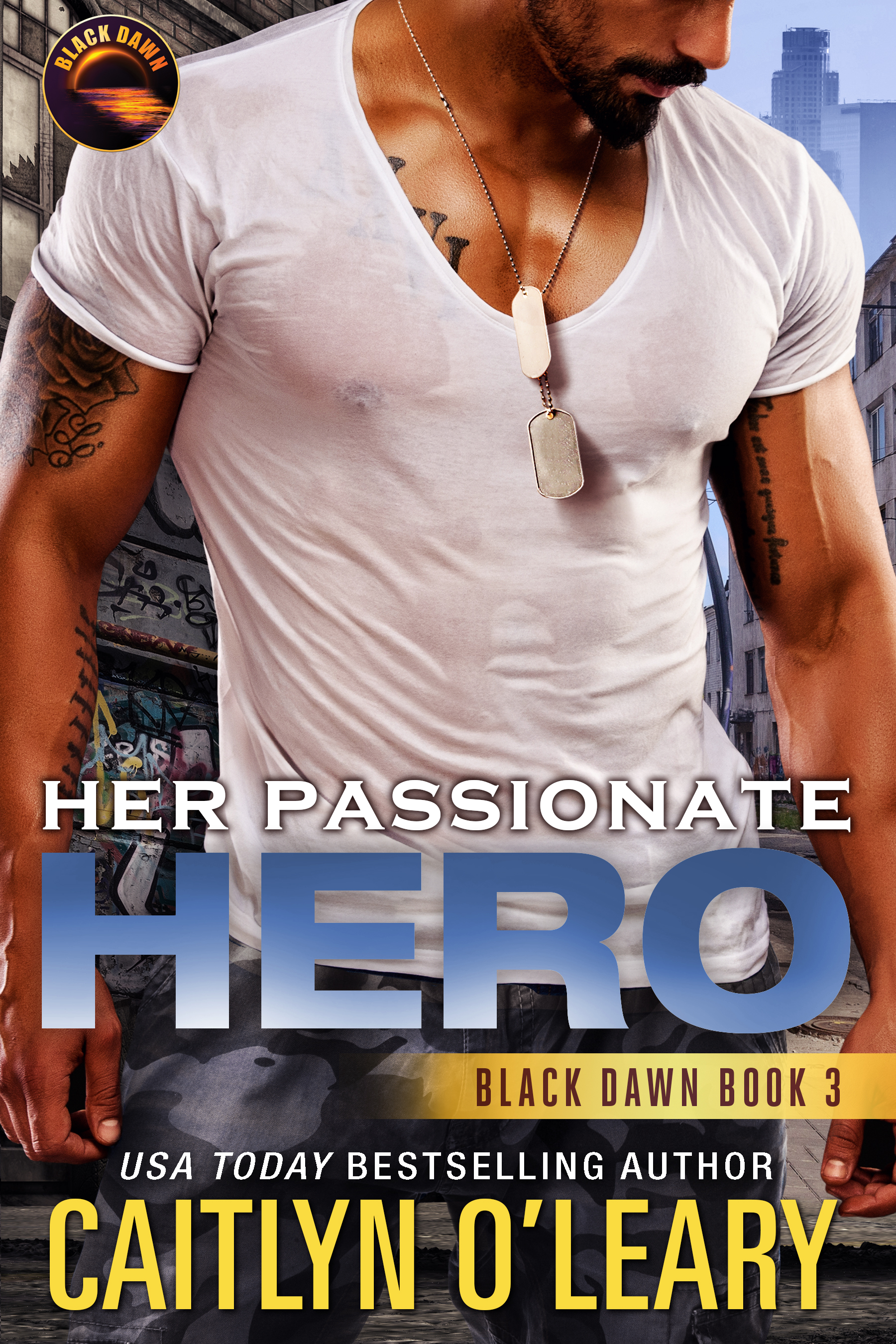